Hurricane Irma left so much devastation in my city.  More than we have experienced in over a century.  Yet in the midst of all the destruction, there is still beauty.  The power that water holds over us mortals is felt in a visceral way when we see what it can do.  These images are from a city park near my home.  I have been walking to and around this park for almost 14 years.  I have seen the park and it’s central winged statue at all times of the day and have photographed it often in many different settings and light.  In many ways the statue (called Life) is an integral part of my life as an artist.  I sell more art photos of this statue than any other local icons.  So when I heard the park had flooded, and that the seawall had breached, I was devastated.

The worst of the storm had passed and the storm surge was beginning to recede when I walked down to see what was left.  The following photos were taken within the first 48 hours of the storm passing.  The most beautiful dawn light comes after a hurricane and I did my best to capture it and the power of the water still crashing into the 100 year old balustrade surrounding the statue. 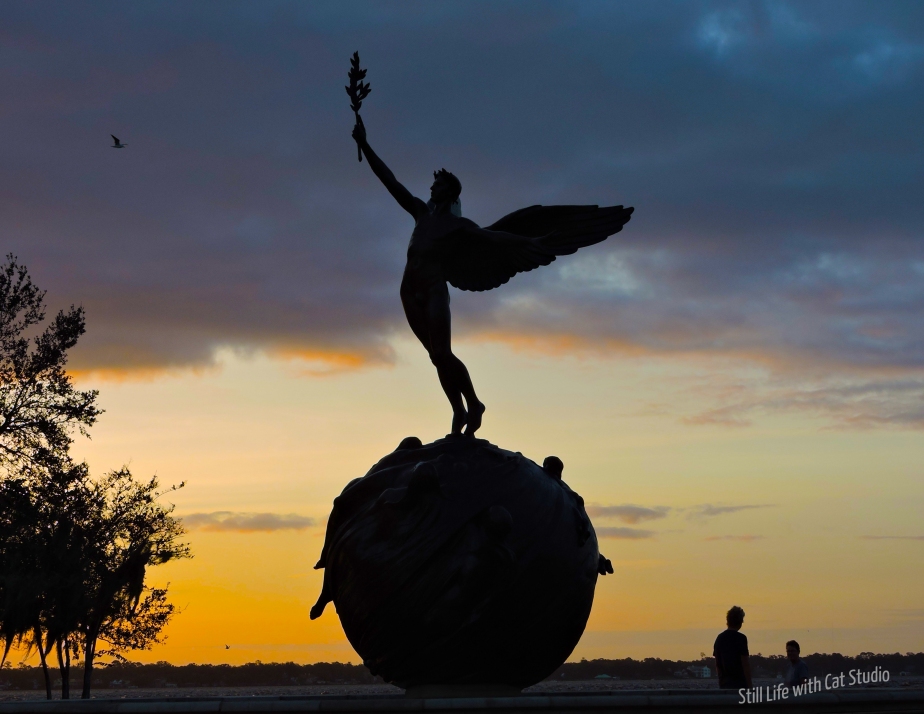 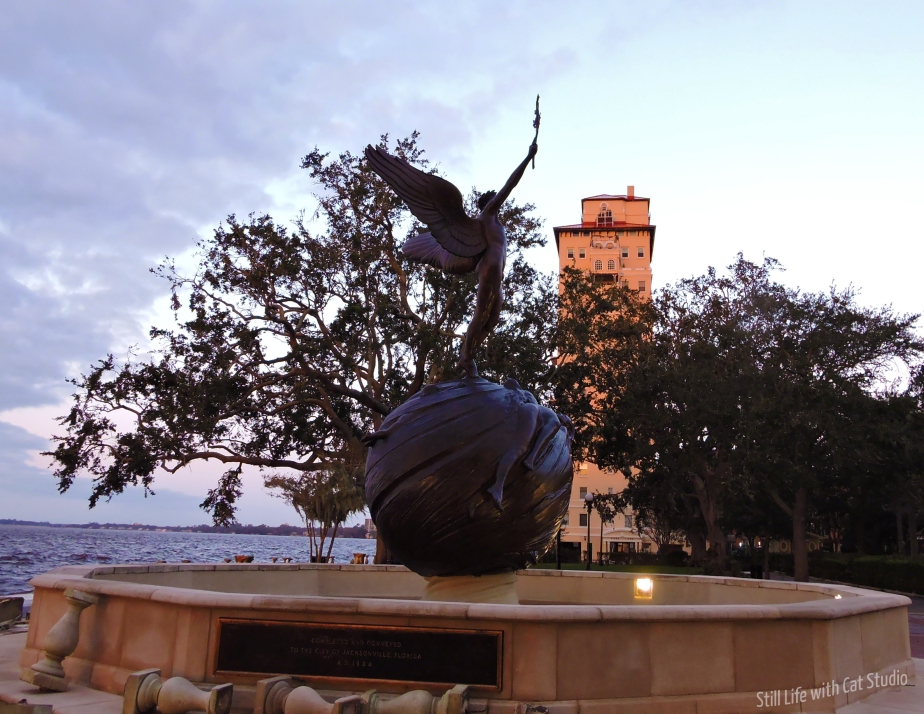 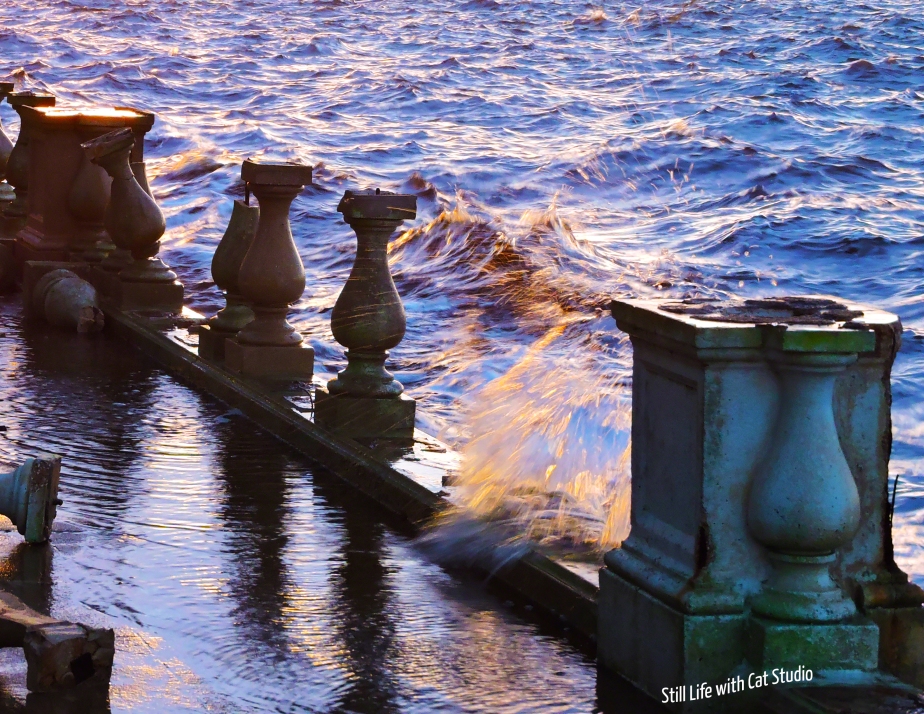 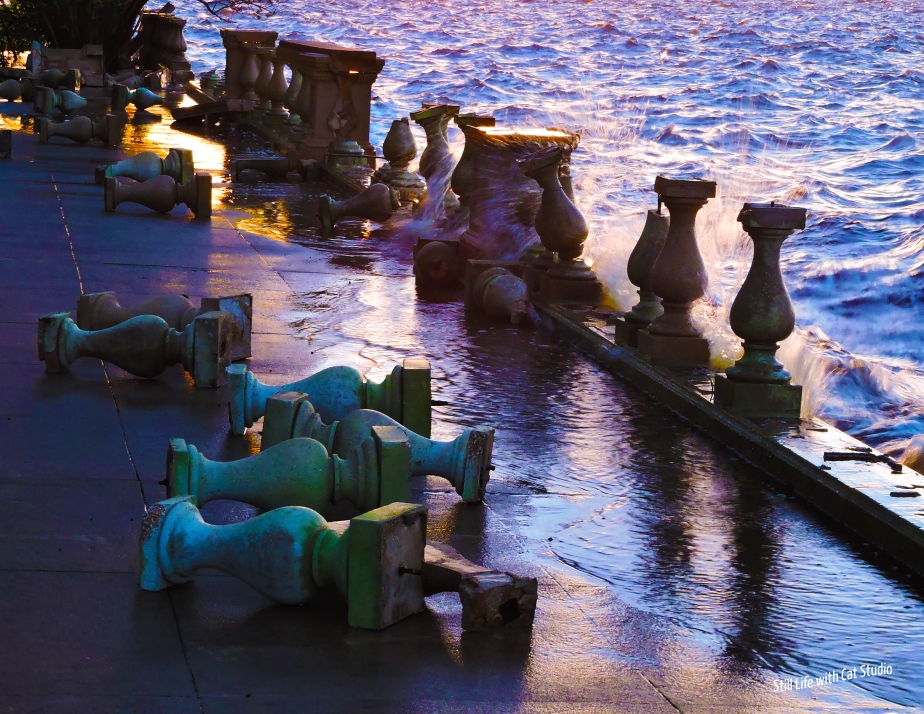 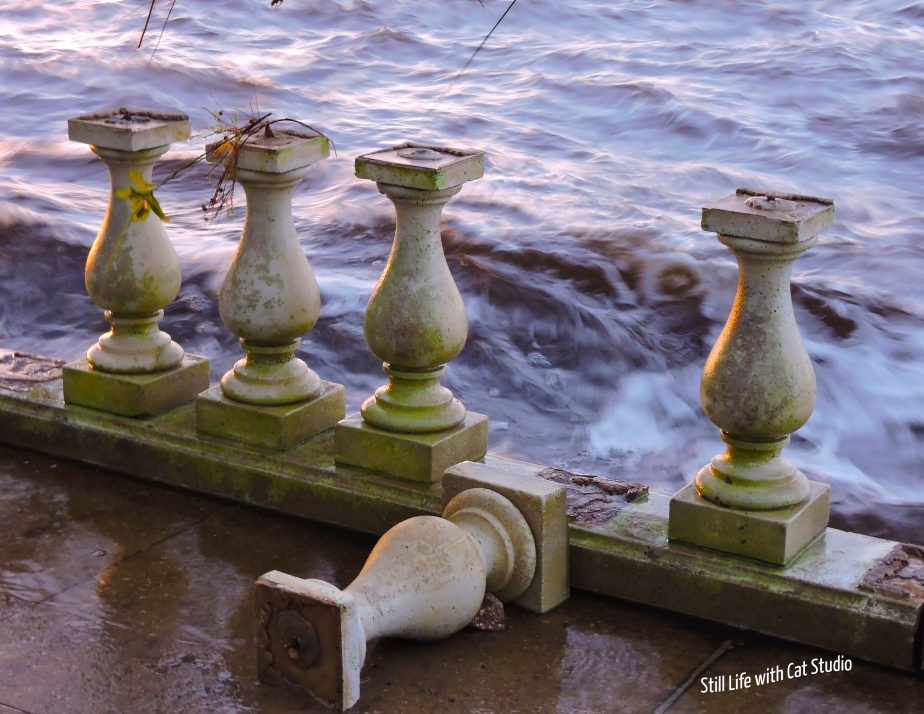 The good news is that the park will be restored.  the city has already begun some work and the Memorial Park Association and the Riverside Avondale Preservation group is also involved.  Many of the marble pieces have been salvaged for restoration and many of the balustrade “chessmen” are now in safe keeping for the day they rebuild the sea wall.  The statue itself was not damaged, in spite of being up to his ankles in crashing waves at one point.